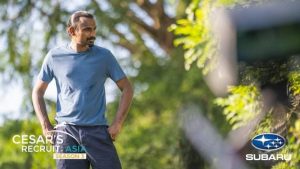 It’s been just over two years since Aneeta and I first met. I was the subject of her article ‘All Paws For A Support System’, published in New Straits Times in March 2017. She gave me the privilege of sharing with her the story of ‘Pawse For A Cause’, a project I founded that brings the entertainment industry together to raise resources for needy animal shelters.

Since then, I have also founded the ‘ALIVE’ Project with my partner David Ananda. This is an animal initiative that focuses on strategic solutions for the animal community with a large focus on the 3 Rs – Rescue, Rehabilitation and Rehoming of strays and shelter dogs.

David and I met about three years ago. Our shared passion for animals spurred a working partnership that eventually evolved into a personal one. While my strengths lie in PR and social skills, David’s lie in something deeper. He is a gifted dog behaviourist with a special ability to establish human-dog communications.

David was quite content to live on a farm in Ipoh with our 38 dogs. At my insistence, he sent in his application to take part in a programme ‘Cesar’s Recruit Asia, Season 3’. Never in a million years did he expect to receive an email congratulating him on being shortlisted. A Skype call with the shows head producer convinced her that David was the man Cesar was looking for. He was selected as the contestant representing Malaysia alongside seven other contestants from across Asia.

What exactly is ‘Cesar’s Recruit Programme Asia, Season 3’ about? 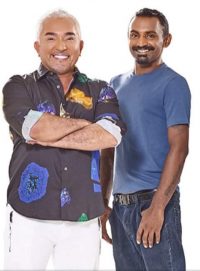 Well, Cesar Millan is the most recognised dog behaviourist in the world. He has spent decades studying a dog’s psyche. With that knowledge, he places emphasis on training humans first in order to successfully rehabilitate dogs.

Over the years he has used his growing influence to create awareness on animal rights, rehoming of stray and shelter dogs and teaching people the importance of trust, love and respect in building healthy and happy human-dog relationships. With Asia fast becoming a region with a booming animal industry that generates billions, Cesar, and by extension his recruits, aim to find others to spread his knowledge.

“I remember watching him on TV and thinking, man, this guy, how did he do what he does? Never did I ever think I was going to be ON TV with him, discovering the answer to that question,” says David.

“My mum always told me I had a gift with animals. She was my first dog whisperer, nurturing every stray puppy or kitten I’d bring home on my way back from school. I didn’t understand what she meant by that, but I did know that I had an innate ability to connect with them. People thought I was mad, but she didn’t. She would just smile and say, ‘someday you’ll understand’. And she was right.

“Being on this show totally flipped me over my head. I finally understood what she meant because Cesar saw it too. I always knew I wanted to work with animals but I didn’t know how or in what way, and this experience has shown me my calling.

“Animals are so simple. It’s humans that are complicated. All of us have the ability to communicate with dogs. We just don’t know how. More importantly, we don’t know why. But if we did finally understand why, we would be able to grasp the universal truth that it is us humans that hold the power to create and sustain a better planet, not just for us but for every living thing.

“Dogs are magic, capable of changing a human being in ways another human or animal species cannot. If we can incept the human mind that we are here to protect them while they teach us about our humanity, the world will be a far better place. That is what I want to teach the world.

I’ve gone the furthest any Malaysian has on a platform as far-reaching as this. It’s ironic that Malaysia and China are in the finals as both countries have their own ‘bad image’ where dogs are concerned. And yet, no matter what the outcome, Larry has become a brother to me and from where we stand, we have both proudly shown the world that our countries are very capable and ready to stand up against animal cruelty and persevere in making the world a safer place for our canine companions. For us, we have both already won, and I couldn’t be prouder standing at the finish line with him.”

In less than two weeks from that first application, he was on the way to Singapore to take part in a competition that would push his skills and self-belief to its limit. The programme spanned six gruelling weeks that tested every contestants’ skills to the limit. Every week, one by one, the contestants were eliminated. David has done the country proud by making it to the finals, being the first Malaysian in three seasons to do so.

Tonight (25 November 2019), David will go head to head with Larry Chi from China in the finale that will see Cesar Millan pick his newest recruit. No matter what the outcome, David has created history for the country and made us all proud.

What does the future hold for our Malaysian dog whisperer? As far as everyone is concerned, he’s already a winner by virtue of never being eliminated. His time so far on the show has inspired him to establish DOGS411 Solutions with an emphasis on working with children and dogs, believing that while we may not be able to change the mindsets of our current generation, there is new hope in the next. 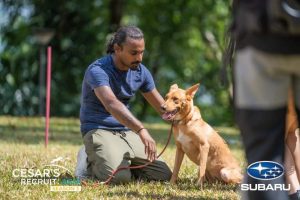 David’s heart lies in the rehabilitation and rehoming of stray and shelter dogs and the advocacy of responsible pet ownership. His end-game? A global coalition of animal warriors that will work in solidarity to rid the world of the harms and dangers to animals everywhere, where the shared passion for what is best for our animals supersedes ego, conflicting ideologies, religion and borders.

The last word belongs to David: “Dogs are pack animals. They possess this amazing ability to assimilate into a new pack, find their place within that pack and eventually function as one, where loyalty and the preservation of their species is paramount. There are no personal gains, only unified ones. Humanity can learn a lot from them if we are willing to. And if we do, we become better humans for a better planet.”

Most people have no idea of the giant capacity we can immediately command when we focus all of our resources on mastering a single area of our lives.
Tony Robbins
Powered By: WordPress Quotes