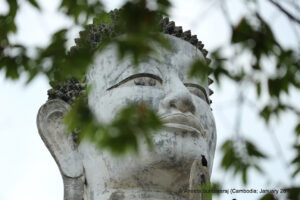 I recently watched a movie on Netflix about the life of Gautama Buddha and it had a profound effect on me. I was eager to learn about the life of this prince born into privilege who gave up everything and everyone to search for the ultimate truth.

When he was born, Gautama Buddha was given the name Prince Siddhartha. During the celebrations to celebrate the prince’s birth, a sage came forward. He prophesied that Prince Siddhartha would become the greatest sage in history and would lead humanity to the path of salvation. His father, King Suddhodana, wanted his son to be a great warrior, not an ascetic. To this end, he made every conceivable effort to prevent the Prince from witnessing sickness, death and poverty and inadvertently brought Siddhartha face to face with the harsh realities of life. The Prince then embarked on the journey that would lead to him becoming the Buddha or Enlightened One.

When Buddha eventually returned home, King Suddhodana was shocked to see his son going from home to home with a small bowl seeking alms. But Buddha explained it so well: ‘Begging’ or seeking alms is an exercise in humility. It allows one to cast aside ego and pride and to practice patience and to bless everyone they meet no matter how they are treated.

Those who in turn provide alms are given the opportunity to do good, thus cultivating in them the values of generosity, kindness and love for their fellow man.

Indeed, on more than one occasion, Buddha was asked, “Why do you go around begging? Why don’t you get a job like everyone else?”

“I have a job,” he answered. “My job is to teach humanity the knowledge I have acquired and lead them to salvation.”

He may have turned in his princely garb for a saffron robe, but to many he will always be a king.

This story resonated with me. There was a time when I enjoyed many luxuries: a home of my own, a car and a comfortable life. I was financially secure enough to say, “I’m done working. I want to do what makes me happy.” The decision was made – I would work with animals, especially dogs.

In no time, all my plans began to unravel. My investments began to disappear. Projects I was supposed to be working on didn’t materialise. My car got ‘totalled’ in an accident. My savings were depleting.

Breaking in all ways from financially and mentally to emotionally, physically and spiritually.

How was I going to live?
What would people think?
What would they say?
How embarrassing.
I can’t let anyone see me like this.
I have an image to uphold. 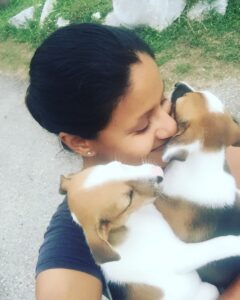 All these thoughts continued until one day, we ran out of kibbles, food and didn’t eat for three days. There was no choice left. Standing at the counter of the pawnbrokers, I handed over a gold pendant in the shape of the Cross and gold necklace. At that moment when the broker handed me the money, a thought occurred to me: Why the hell am I so obsessed with what people think? People think what they want. They will believe what they want. So what does it matter what they think of me? Who am I trying to impress?

This was just the start. For the next two years, we struggled daily. Still, I was resolute in my conviction that my furkids didn’t deserve this. No matter what, my dogs must eat. I grew a thicker skin and started ‘seeking alms’. Initially filled with embarrassment, I was sure everyone would start looking down on me, the ‘beggar’ who was once the social butterfly.

Although it hurt, I also felt liberated from a life of show-and-tell and keeping up appearances. As quickly as friends disappeared, acquaintances offered support by sending us kibbles, food and money. I’ve had strangers become regular donors.

What I learnt echoed Buddha’s teachings that the seeking of alms allows others to act accordingly. I had friends ‘Unfriend’ me, ignore me or just plain tell me to eff off.  Nights in the clubs, days on sunny beaches, all reduced to dust in the wind.

I’m not a bad person. I don’t steal. I don’t cheat. I’m not lazy. I had a bad turn of luck. I had to adapt. I had to make decisions, choices. I had to stay committed to what I believe in. I had to trust that there was a purpose in play. I had to be humble. I had to have faith. I had to keep my intent true at all times. I wasn’t doing anything wrong. I just wanted to take care of dogs. These beings that had four legs and a tail. Times forty. 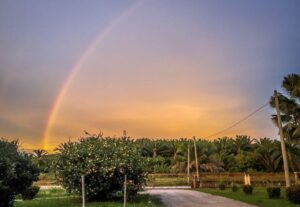 I let go of all expectations I had of others and turned inwards to find myself. On some days and nights when the hunger had become so unbearable, I held ChelseaBoo close to me and cried. I apologised to her for not having the means to feed her.

In the dead quiet of night, I also found God again. I found Him in the eyes of my dogs and in the hearts of those who continue to show me and my pack love and support no matter what. He was always there. I just needed to be stripped of every possible worldly distraction to see Him again. I learnt about gratitude.

I am grateful to ‘friends’ who showed me the real meaning of friendship by turning away, for you allowed me to see the shallowness of the company I keep.

I am grateful to acquaintances and strangers who showed me the real meaning of kindness and generosity, for you allowed me to practice humility and gratitude.

I am grateful to those who until this day continue to bless me and the kids with what we need when we need it. You have given me the gift of being able to continue doing what I do and I will never ever be able to be grateful enough. You know who you are. I hope you realise every day that other lives thrive all because of you.

Love, you are the reason I am strong. No one will ever believe what we’ve been through. Anyone else would have left. But not you. You saw Him in their eyes too. It isn’t me you stayed for; it was them. For that, I am eternally grateful and blessed to be on this adventure with you.

Just like Buddha, I too was asked, “Why don’t you get a job?” Now, I have the answer.

I am nowhere near enlightened. However, I do have a job. I’m the Keeper of the kids of The ‘ALIVE’ Project. To my furkids, I am their Queen.

Don't hold to anger, hurt or pain. They steal your energy and keep you from love.
Leo Buscaglia
Powered By: WordPress Quotes