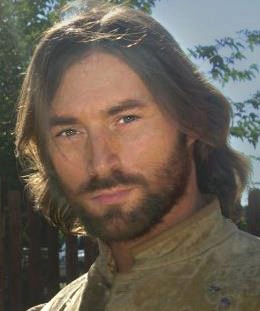 Dominick Domingo is a veteran Animation Artist (Lion King, Pocahontas, Hunchback, Tarzan, Fantasia) who’s illustrated YA books for Penguin, Random House, Lowell House, Disney Publishing, Hyperion Books, and Harcourt. Developing original screenplays as a filmmaker led to a growing writing resume. To capitalize on it, Dominick recently penned a collection of Narrative Nonfiction essays titled “Jesus Shoes,” two of which have been included in anthologies. One of the essays, ‘L’Epiphanie,’ was awarded the 2011 Solas award in the humor category for ‘Best Travel Writing.’ The Nameless Prince represents Dominick’s foray into Young Adult urban fantasy. He’d be happy to retire as a full-time author. He lives in the Silver Lake neighborhood of L.A., surrounded by hipsters.

Thank you for this interview, Dominick! You’re an illustrator and also a writer. How did both come about?

Like many artists/creatives, I have dabbled in various mediums of expression. I took my first oil painting class at seven. I got my first typewriter for Christmas at nine or so. Though I chose to get my degree in Illustration, I continued writing. I graduated Art Center and immediately began working at Disney on films such as Lion King, Pocahontas, Hunchback, Tarzan, and Fantasia, writing for pleasure all the while. I became involved in Middle Grade and Young Adult books as an illustrator by working with all the majors- Putnam, Random House, Lowell House, Harcourt, Penguin. Only after leaving Disney to make my own live-action films, did I stumble into a writing resume by acquiring several ‘original screenplay’ credits for imdb, sag films that found distribution. I decided to capitalize on that momentum and indulge my lifelong love of writing. Around that time, ( perhaps sensing my own mortality ) I began penning a collection of narrative nonfiction essays titled ‘Jesus Shoes.’ One of them won the Solas award for best travel writing in the humor category. Two were included in anthologies. ‘The Nameless Prince’ is my foray into Young Adult. I hope to retire as a writer. MUCH more relaxing to sit in coffee shops pecking away on my laptop than tearing my hair out on the set!

The Nameless Prince is an interesting title. How did you come up with it?

The novel is basically a parable for overcoming disillusionment and returning to innocence- a classic hero’s journey. When Seth arrives in the alternate realm, Interia, its residents immediately deem him the ‘Nameless Prince’ of prophecy, sent to save them from peril. On an odyssey of riddles and self-discovery Seth must prove himself the true Nameless Prince by symbolically discovering his own name. I don’t remember when exactly, but the title of the book created itself sometime while developing the mythology of the Interior. Their sacred text became the ‘Unfinished Story,’ and the savior of prophecy became ‘The Nameless Prince.’ I wanted a poetic simplicity, but more importantly the ring of truth, in the naming conventions. The title is meant to resonate with the undiscovered greatness within all of us.

Your novel seems to aim at a wide range of readers, from middle graders to adults. Can you talk a bit about this aspect of your novel?

The truth is, I’ve written in many genres. This is my debut novel, and it just happens to be YA. The concept was inspired, and it just demanded certain things, including a protagonist on the cusp of adolescence. I wasn’t thinking necessarily about conforming to the traditions of any one genre, or of marketing limitations with regard to readership. I just wanted to write a good story. I will say, however, that I’d carried a long-standing desire to write a ‘through the rabbit hole’ fairy tale, based on the hero’s journey. I’d always loved stories in which the protagonist (usually a loner) encounters a mythological creature in an unexpected place, and follows it to an alternate realm through some kind of portal. I grew up on C.S. Lewis and J.R.R. Tolkein, among others, and found myself returning to the worlds they created over and over again, as an escape. I like the idea of offering this solace to young readers- a place to go that makes the tough journey of adolescence a bit easier.

In the writing of the novel I discovered that the simple, archetypal narrative held as much or more poignancy for adults. To put it in very good company, I liken its universality to that of ‘The Alchemist.’ There are many stories that I believe speak to people differently depending upon their station in life, and which may even take on new meaning when re-read as an adult with more perspective. This is my hope for ‘The Nameless Prince.’

What themes do you explore in the novel?

As I said earlier, the main theme is that of overcoming disillusionment through forgiveness. This may sound a bit clinical; the more familiar template is ‘preserving innocence.’

Other sub-themes: the truth will set you free

The power of faith

All change comes from visualization- begins in the imagination

Family is where you make it

Discovering ones true self only by being tested

There are many more- but I am actually more interested in what readers walk away with- what it says to them! I believe the symbology is open to projection and says different things to different people!

Are you a disciplined writer? What is a typical day like for you and how do you balance writing and illustrating?

It is not an effort for me to be disciplined in my writing; I so enjoy it that I can hardly wait to get back to it. Especially when I am steeped in a world I’ve created or engaged with my characters, which are often like children!  And I suppose I am a bit of a workaholic. But the main thing that makes me disciplined in any creative pursuit is my understanding of the creative process and its various stages. I have easy access to my process ( no stringent conditions necessary; it is not ‘fragile’ ) so I can easily relegate my writing or illustrating to 9-5 hours. For those struggling with access to their own process, I recommend studying the various models of creativity and understanding the value of each stage.

I’ve been asked what environment I create or seek in order to write. Believe it or not, I prefer the hustle and bustle of coffee houses. Access to caffeinated beverages and humanity if I like. It’s hard for me to roll out of bed and walk across the room to create. I need a change of scenery, to get my blood pumping. And did I mention caffeine?

Believe it or not, they are similar. As alluded to above, the steps in the creative process, the way I understand and experience them, are the same whether one is writing a symphony or building a rocket. It’s about recognizing them.

What do you enjoy most, writing or illustrating?

I’ve done so much painting in my life, that at this point writing is infinitely more cathartic and enjoyable for me!

You have worked with some impressive names in the illustration world. What has been the single most important lesson you’ve learned from these experience?

I’m grateful for the understanding of Western Storytelling structure I gained at Disney. The skills I learned with regard to collaborating on creative projects- something not everyone can do! I feel lucky to have been surrounded by not only artists and storytellers I admire, but those with a drive to better the world around them through their craft. Those with a childlike appreciation for magic, and the intellectual curiosity to wish to interpret the world around them and share the results with others!

What has been the most rewarding aspect about writing this book?

Sharing it! Though the act of writing brought me solace, inner peace and well-being, there is something infinitely rewarding about knowing it landed with people! Touched them or moved them or inspired them somehow! Hearing feedback from loved ones or even complete strangers!

Where can we find you on the web?

To order through Amazon:
http://www.amazon.com/The-Nameless-Prince-Dominick-Domingo/dp/1606192434

To order through Barnes and Noble:
http://www.barnesandnoble.com/w/the-nameless-prince-dominick-domingo/1111483752

What’s on the horizon for Dominick Domingo?

As readers will see on the official site, I am developing the graphic novel version of ‘The Nameless Prince’ with two other artists.  The concept will be to release each episode in comic book format, premiering a new prolific American Illustrator with each instalment!

Also, ‘The Nameless Prince 2’ is half-finished! It was not conceived as a series, but certainly turned out to have been set up for it! My hope is that readers will fall in love with Seth and Elena as I have, and wish to follow them on their journey through adolescence toward adulthood. They are in high school in the sequel!

Is there anything else you’d like to say to readers?

Please enjoy the read! And spread the word! I truly believe in the message of the novel and its ability to make a difference, one heart at a time. I also believe it could be the next Harry Potter! But it takes a village…:-)

Woman of Substance – an interview with Hajni Blasko (31 August 2006)

Success isn't a result of spontaneous combustion. You must set yourself on fire.
Arnold H. Glasow
Powered By: WordPress Quotes