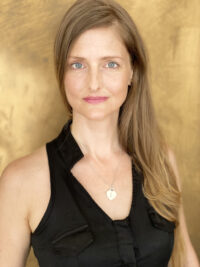 A few weeks ago, I received a message from a friend about the publication of a new book called The Ordinary Chaos of Being Human. I found this title intriguing and went about looking for more information about both the book and its author. Duly fascinated, I made a request via my friend about whether or not the author was open to being interviewed. She was. So, without further ado, I allow me to share, in her own words, the story of The Ordinary Chaos of Being Human and its author, Marguerite Richards.

Aneeta: Marguerite, thank you for agreeing to this interview.

Marguerite: It’s a real pleasure. Thank you for having me.

Aneeta: Let’s start with something about you. Where were you born? Where did you grow up? Where do you live now and what do you do for a living?

Marguerite: I was born in Downtown Los Angeles, and spent most of my childhood in LA apart from a 2-year adventure in the Netherlands with my father who bought a night club there. As an adult, I’ve lived for extended periods in New York, Chile, and France. I’m a writer and editor, living in Sri Lanka with my family.

Aneeta: Before we go talk about this newly published book, can you please share something about your writing history.

Marguerite: I’ve spent most of my life avoiding my secret longing to write books. I’ve done everything else but. I’ve taught English, written articles about food, ran the editorial for a travel magazine, and went so far as to get a masters in translation—which is basically writing other people’s words in another language (instead of writing my own). I’ve finally published my first book. It’s still not my own writing, but it’s brought me to the genre and medium that feels like home…It’s taken a long time to come to this realization, but I’m grateful for the circuitous path I’ve taken. I’m so glad I built this collection before focusing on own writing.

Aneeta: OK, let’s now focus on the new book, The Ordinary Chaos of Being Human. Please tell me what it’s about 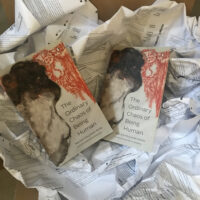 Marguerite: The Ordinary Chaos of Being Human is the product of four years working with authors living all over the world, particularly writers living in “Muslim Worlds” with an emphasis on the “s”. Because there is not one Muslim world. There are as many different kinds of Muslim perspectives as there are people in the world. This book is a reflection of that diversity.

Aneeta: I’m curious. Why this topic of Islam, in particular?

Marguerite: Well, the book is not actually about Islam. It’s about being human. The intention behind this collection was to give voice to people from cultures that readers of mainstream works in English may know little about. It is my piece in the fight against growing xenophobia all over the world.

Aneeta: I understand that this is a collection of stories. So, hard as I can imagine it to be, let me ask you, which story is your favourite one

Marguerite: They are all my babies. I chose every story because it struck an emotional chord. Contexts may have been unfamiliar to me, but there was always something that resonated as universally human. While I did receive some fantastic stories from writers who required little to no guidance, I also worked with writers who were talented in their native languages but less confident with their English writing. We translated some stories, but some writers also wanted to try their hand at the English. It was incredibly rewarding for me to facilitate their expression. To help them find that one word that says what they mean it to say. It gives me goose bumps every time.

Impossible! It’s impossible to choose juse one story. It’s like comparing apples to oranges. But I asked this question of my most intimate editor colleague, Nancy Laforest, who worked extensively on the book with me. She told me, “It’s hard to say. There’s ‘Caged Angel,’ which is an exotic, fast-paced story, through which I explored the Yemeni countryside and went to the circus with a couple of feisty kids. And there’s, ‘Swimming with Orhan Pamuk’ which is the complete opposite: it’s a lyrical, intellectual account that takes us right into the home of a writer I’ve always admired. I also love ‘The Art of Drawing a Shepherdess’ for its dream-like setting and introspection. But if I had to pick only one, I’d choose ‘Khaleh Mina.’ This beautiful story honours the writer’s fun, loving aunt, the kind we all wish we had. I learned a lot about Iran’s revolution and history through this touching tale of Mina’s love.”

Aneeta: What has the response to this book been, thus far?

Marguerite: Everyone who gets their hands on it loves it. The only critical comment I received on the book so far was one that still celebrated the book’s intention. While she didn’t care for a couple of the stories, she felt that was the very point. She said it was like meeting a bunch of new people: Some might become your friends and some might not. I thought she hit the nail on the head with that comment. All of the stories are honest, unapologetic, and soul-bearing, even if they aren’t always beautiful. Always the intention was to allow people to be people, not pigeonholed into what people think it means to ‘be Muslim’.

Aneeta: Do you have any plans to add to the number of stories? Or a second edition?

Marguerite: There will certainly be future editions, particularly to reach different markets for this same book. I can also build the same title collection again with writers of a different background. Whether it’s Rohingyas in Myanmar, Tamils in Sri Lanka, Latino, Black and Indigenous Americans in the US, the Romas in Europe… the targets of xenophobia are endless and are ever changing through history and geography. At best, people of minority groups are misunderstood, and at worst—they are murdered. All of it is dangerous. I believe that reading stories by those who may seem “other” is the best way to appreciate our differences and learn to co-exist.

Aneeta: As you know, this website caters to storytellers. What advice would you give to those who would like to venture into storytelling?

Marguerite: Be human. Find your voice. Which is writer speak for: be yourself. If you pretend to be anyone else at all, the reader will notice, and won’t care about anything you’ve got to say.

Aneeta: Marguerite, this is all I have to ask. Is there anything you’d like to add?

Marguerite: Thanks for providing me the chance to tell the story about this book. I hope you’ll check out the endeavours of the 34 wonderful writers in my book, who you can find on Facebook @OrdinaryChaosBook. The Ordinary Chaos of Being Human is available for purchase in Malaysia at Kinokuniya, MPH, and Times bookstores.

Success isn't a result of spontaneous combustion. You must set yourself on fire.
Arnold H. Glasow
Powered By: WordPress Quotes